IRIS MISSION AFRICA is a not-for-profit organization whose main aim is to fight poverty, unemployment and other social injustices in our society especially among youths through art, photography and film.

Initially called IRIS MOVEMENT AFRICA, we were compelled to change our name to IRIS MISSION AFRICA after some registration battles. 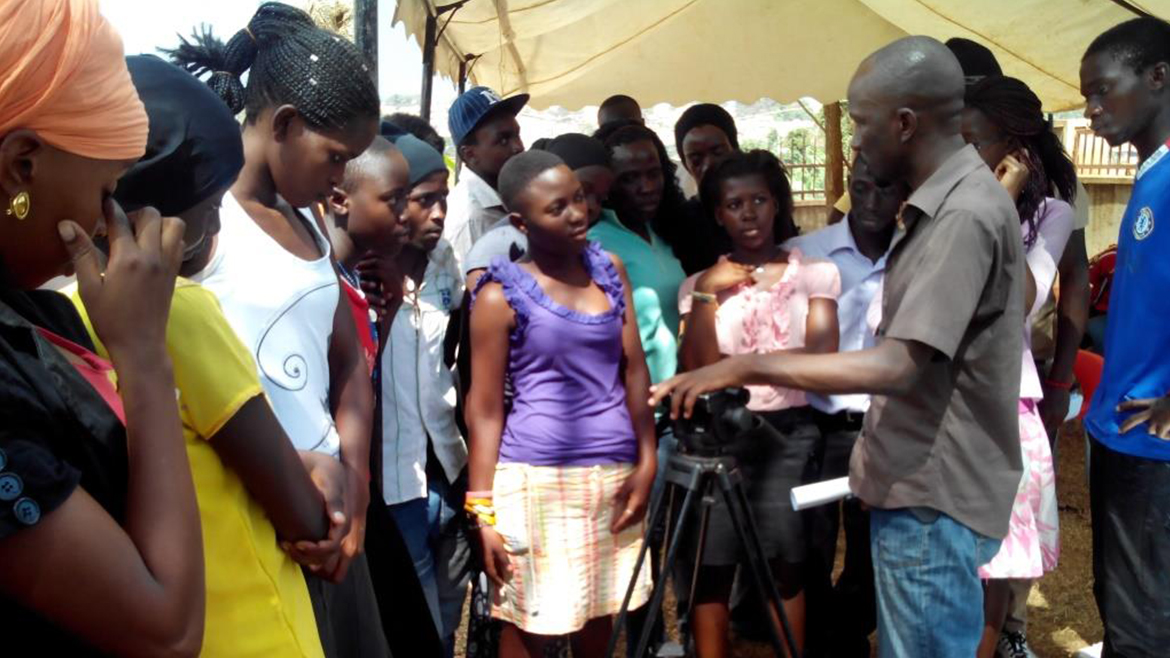 Having started in Uganda at a time where hand-outs in form of food, clothes and medication were the order of the day, we realized that much as these rescue measures were a great relief to the effects of the poverty in our society, they were obviously unsustainable.

Given the fact that our education system encouraged more job seekers than job creators, the onus was upon us to reject the status quo and do that which would help our people in the fight against poverty.

IRIS MISSION AFRICA, an initiative of Saltray Lubega, who is an accomplished artist, camera person and Television guru was started with the aim of finding a solution to this problem. The idea came as a result of him having worked around young, jobless but zealous people several of who he trained on how to use cameras, that he realized the untapped potential to curb poverty, among several of the young people around his community. 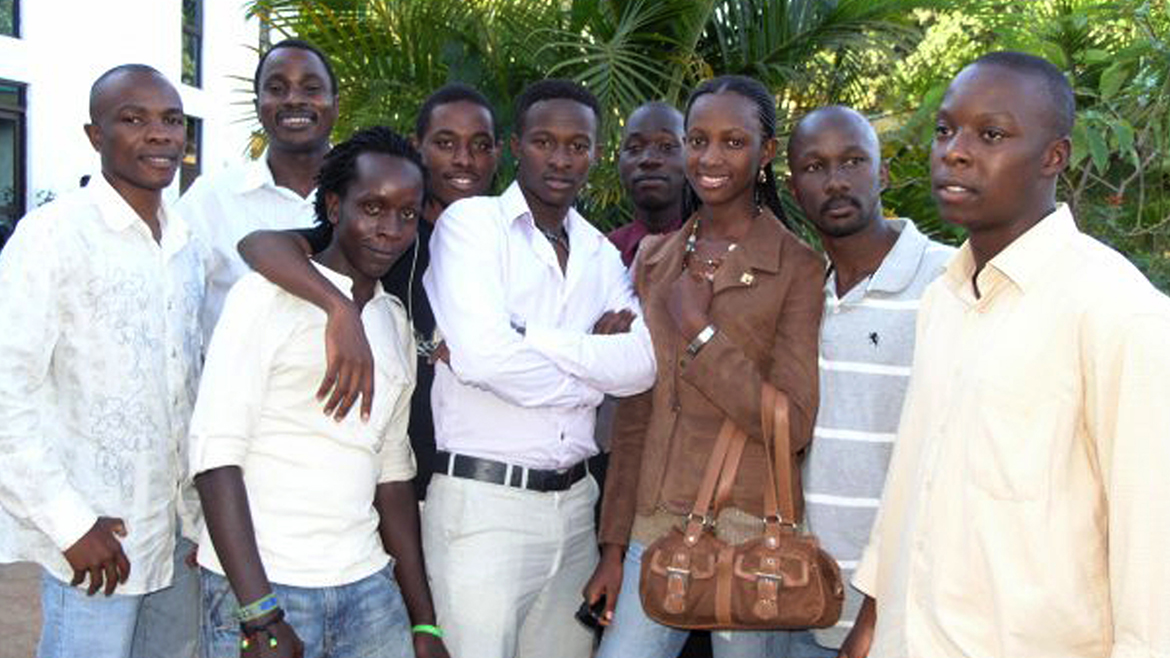 With 77% of the population in Uganda being youths, most of who were semi-literate, and 83% of them having no jobs or even any chance of ever getting employed, Saltray knowing that he had become who he was not entirely because of Formal Education but hard work, determination and Focus had to find a solution to this enormous problem.

After spending most of his time travelling and working with Pastor Robert Kayanja, Saltray saw many appalling life situations during the times he traveled in Africa filming Crusades and other functions where his boss would always go to either preach or engage in charity.

It is then, that Saltray made up his mind to help people especially the youths to fight poverty, a major vice which leads to several other vices including sickness, hunger and illiteracy and at that point, Iris Mission Africa was born.

With this notion at the back of his mind, he embarked on training young people, starting from the church where he worked, giving them several skills in Art disciplines like Painting, Acting and Still & Motion Photography, the later being the most sought after by most of his trainees.

From the team that he taught Motion Photography, Saltray formed the Robert Kayanja Crusades TV and Filming Crew, which also became the backbone of Channel44 Television, one of the leading Christian Television Stations in Africa, which he setup.

After confirming that young people need formal education for enlightenment, he went ahead and started advocating for informal training of young people and imparting several visual creative skills, starting from Miracle Bible College, where he lectured for three years, teaching Media and Communication Studies before he was fully dedicated to managing the Television Station he had helped setup.

“Poverty rates across the region remain stubbornly high, while progress on health, sanitation and food security has been slow and uneven. Africa’s most buoyant decade was also characterized by joblessness and limited opportunities for participation in politics and business, particularly for women and young people.” UNDP IN SUB-SAHARAN AFRICA – SUPPORTING A REGION ON THE MOVE

To have a community of visual creative professionals fighting poverty and its effects in our society thru Art, Photography & Film.

To scout, train and equip communities with skills to fight poverty, unemployment and other social injustices.